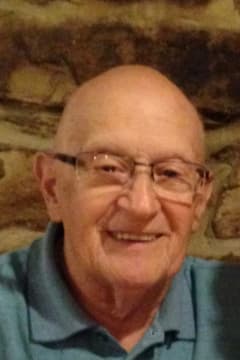 Obituary For Fiore "Babe" A. Pizzino

Fiore A. “Babe” Pizzino
March 29, 1935-Sept. 13, 2021
Fiore A. “Babe” Pizzino, 86, of Altoona, passed away on Monday, at UPMC Altoona.
He was born in Altoona, the son of the late Francesco and Carmela (Rizzo) Pizzino. Fiore married Myrna B. Maurer in Altoona on February 20, 1960, she preceded him in death on April 12, 2005.
Babe is survived by his daughter, Lori A. Pizzino of Daytona Beach, FL; three grandchildren: Brody Ponder of Harrisburg, Breanna and Bryan Ponder both of Daytona Beach; three great-grandchildren: Adrianna Ponder, Raylee and Cooper Hill; brother, Vincent J. Pizzino of Duncansville; he is also survived by, close friend and companion, Dorothy Coppeta and family; several nieces and nephews.
He was preceded in death by a granddaughter, Amanda Pizzino and brother, Santo Pizzino.
Babe was a 1953 graduate of Altoona High School. He joined the US Army and served during the Vietnam War, he later served in the PA Army National Guard.
He retired in 1998 from Laurel Bank as the Branch Manager of the Wye Switches location. Following his retirement, he worked for Thomson Pharmacy as a driver for 12 years.
Babe was a member of St. Rose of Lima Catholic Church, where he served as an usher for many years. He belonged to Sylvan Hills Golf Club where enjoyed golfing, he liked Penn State football, the Pittsburgh Steelers and loved to travel.
Friends will be received from 9-10:45 a.m., Saturday, September 18, 2021 at The Stevens Mortuary, Inc., 1421 8th Ave., Altoona, Pa. 16602.
A Funeral service will be held at 11:00 a.m. on Saturday, September 18, 2021 at the Stevens Memorial Chapel with Fr. Carl Spishak. Interment will be held at Calvary Cemetery.
The family requests that memorial contributions be made to: American Cancer Society, P.O. Box 22718, Oklahoma City, OK. 73128-1718 OR online: cancer.org/givehope.
Condolences may be made at www.stevensfamilyfuneralhomes.com or Stevens Family Funeral Homes Facebook.