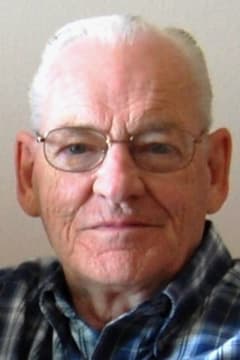 He graduated from Hollidaysburg High School in 1951 after which he met his future wife, Phyllis Jean Cristillo of Lakemont, PA. John joined the US Air Force in December 1952 and served as an electronic countermeasures and heavy ground radar repairman in the US and a variety of locations in Japan until December 1956.

Following his discharge from the US Air Force, John and Jean married on January 11, 1958, in Lakemont, PA. John joined Bendix Corporation and he and Jean traveled throughout the country as he worked at various radar sites. They welcomed the birth of their son in Altoona and when his work took them to Rome, New York, they welcomed the arrival of their daughter. Eventually they settled in Maryland where John first joined a start-up company, Scientific Analysis Consulting and Programming Support Corporation, as a partner and programmer on government contracts. An opportunity came up to join the early space program and he jumped at the chance, taking a position with the National Aeronautics and Space Administration (NASA) at Goddard Space Flight Center in Greenbelt, MD in 1970 where he worked until his retirement in 2005.

Known as Papap to his grandchildren, John enjoyed woodworking and home remodeling projects; cooking; watching old movies and listening to classic radio programs; and cheering on the local Washington sports teams, especially the Nationals, Capitals, and his favorite, the Washington Commanders, and the University of Maryland Terrapins basketball team. He enjoyed going to baseball and football games whenever the opportunity for tickets arose. But what he liked most of all was spending time with family, especially Jean. They were constant companions – whether it was cooking, painting a room, or going to visit a family member, they were always together.

To family and friends, he was always willing to lend a hand. From painting a bedroom, to helping a family friend or relative with schoolwork, he was always there.

He always looked forward to family gatherings and enjoyed vacations at Rehoboth Beach and Atlantic City. And of course, trips to Harrisburg, PA and “up home” to Altoona, PA were always important so that he and Jean could visit family. During these frequent trips, the family dog, Peppi, was a beloved companion.

Over the past decade, declining health took its toll on his mobility, but through it all, he was a model of strength and perseverance, always able to bounce back and carry on.

He is survived by sister-in-law Cyndi Cristillo of Hollidaysburg, PA; son James Cook, of Glenelg, MD, daughter Laura Ann Moleski and husband, Walt, of Laurel, MD; grandchildren Alexandra Cook, Gabrielle Moleski, Ryan Moleski, and Jennifer Cook; and many nieces and nephews and their families throughout Maryland and Pennsylvania.

A visitation will be held in Maryland on May 2, 2022. John will then make his final trip home to Altoona, PA where his life will be celebrated on Wednesday, May 4, 2022 where friends will be received from 10:00 am-12:00 pm at The Stevens Mortuary, Inc., 1421 8th Ave., Altoona, Pa. 16602, followed by a funeral Mass at Sacred Heart Catholic Church at 12:30 pm, celebrant, Fr. Lubomir Strecok. Interment will be held at Calvary Cemetery, Altoona, PA.