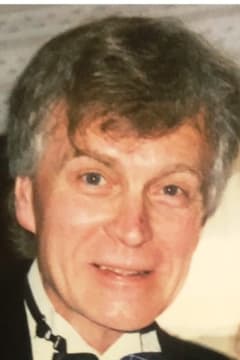 John Hunter Orr, 81, of Altoona, passed away Friday, June 4th. He was born in Carlisle, PA, son of the late James D. and Virginia M. (Hunter) Orr. He married his beloved Olga (Marinelli) on Aug. 21, 1961, in Cape May Court House, NJ and she preceded him in death July 9th, 2012.
Surviving are his children: Johnny and wife Wendy of Flemington, NJ, Tanya Orr Bird and husband Eliot, of Richmond, VA, and William and wife Michele, of Richmond, VA; six grandchildren: Alexander, J. Grady, and Hunter Orr, Annie and Will Bird, and Lily Orr.
He was preceded in death by two brothers: James and Douglas Orr; and a sister Maude Orr.
John was a 1957 graduate of Altoona High School, and a graduate of Penn State University where he earned a bachelor’s degree in English and Russian and a master’s degree in Slavic languages. He was a US Army veteran of the Vietnam War, stationed in Paris where he served in Army Intelligence. John retired from the Altoona Area School District in 1998 after teaching Russian and English for 30 years. He loved teaching both in and out of the classroom and was not afraid to ‘push the envelope’ as a means of helping his students to develop their own principles and learn HOW to think, not WHAT to think.
John’s true loves were Olga, his family, and Altoona. He had many interests and passions, including the arts, coins, stamps, trees, books, newspapers, movies, journaling, Penn State and Princeton wrestling, ice cream, traveling, and foreign languages. He was an ardent birder. He began this lifelong passion as a young boy with a pair of binoculars that were a gift from his parents. His love of the outdoors continued as a member of the Boy Scouts where he attained the rank of Eagle Scout. He went on to become the founder of the Juniata Valley Audubon Society in 1969 and served as the first president and editor of the newsletter The Gnatcatcher for many years. He looked forward to the annual Christmas bird count in Sinking Valley that he participated in for the past 52 years. In 1984 the National Audubon Society presented him with the William Dutcher Award for “outstanding service to the Audubon cause at the regional level”.
He was a writer of poetry, short-stories, and folktales. He collaborated with local artist Joe Servello on a series of local folktales that appeared in the Altoona Mirror.
John enjoyed art and museums immensely. He especially loved collecting works by local artists including Joe Servello, Jory Albright, Helen Gorsuch, and Scott Steberger. In 2015 he had 35 works of art on display at the Southern Allegheny Museum of Arts in an exhibit entitled “The Heart and Soul of Olga and John Orr”.
As a young man John spent summers working with many friends at the shore in Wildwood, NJ where he met his wife, formed life-long friendships, and was the first person to cut fudge in the Douglass Candies window.
John was a champion of feminism and equal rights, he was deeply bothered in his heart by prejudice, meanness, and ignorance. His kind and gentle soul will be sorely missed by his many friends and loving family.
Friends will be received from 6:00 pm to 8:00 pm on Friday, June 25, 2021 at The Stevens Mortuary, Inc. 1421 8th Ave., Altoona, PA 16602.
Condolences may be made at www.stevensfamilyfuneralhomes.com or Stevens Family Funeral Homes Facebook.
In lieu of flowers, memorial contributions can be made to support the new Palmer Museum of Art at Penn State, to which John was a significant donor. Gifts can be made online at raise.psu.edu/InMemoryofJohnOrr or via check, payable to Penn State, to Donor and Member Services, 2583 Gateway Drive, Suite 130, State College, PA 16801. If contributing by check, please indicate that your gift is in John Orr’s memory, so the family can acknowledge it.