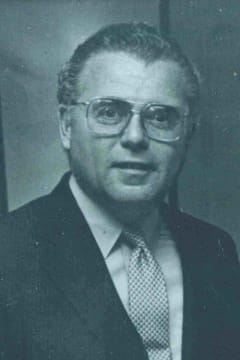 Lawrence “Larry” Bloom, born April 30, 1930, passed away at 91 years old after a lengthy illness on Saturday, October 16, 2021. Larry was born in New Rochelle, NY, son of the late Hyman and Eleanor (Bursch) Bloom. He graduated from New Rochelle High School in 1948 and from Bucknell University with a BS in Commerce and Finance in 1952. While at Bucknell, he was a member of Sigma Alpha Mu Fraternity and received an honorary membership in Economics from Delta Mu Delta. After college, Larry joined the Army during the Korean War starting with Basic Training at Fort Dix, followed by Officer Training School (OCS) at Fort Benning, GA. He graduated as 2nd Lieutenant and was stationed at Fort Jackson, SC. After Larry was discharged, he started in the Executive Training Program in NYC’s Gimbel’s Dept. Store in 1954. Larry soon joined Puritan Sportswear’s office in NY as a sales associate and then moved to Altoona, PA as an assistant to the Executive VP. This would be Larry’s permanent home for the rest of his career where he met the love of his life, Mary Ann Hendricks. They would marry in 1959, who proceeded him in death in 2017. When Warnaco purchased Puritan, Larry was promoted to General Merchandise Manager of Puritan and Thane Brands and eventually advanced to Chairman of Warnaco’s Men’s Sportswear Division which included additional familiar brands such as Hathaway, Speedo, and Pringle of Scotland. His career spanned many decades during which he traveled worldwide, frequently visiting Hong Kong, Taipei, Singapore, and Scotland affording him personal introductions to former President Harry Truman, Princess Diana of Great Britain, Gary Player, and Andy Williams among others.
After 36 years with Warnaco, Larry retired in 1990. Larry and Mary Ann raised two children, Mark H. Bloom (Jill Barlow Bloom) and Julie W. Citron (David E. Citron). Together they had 4 grandchildren, Kyle and Lindsey Bloom, and Samantha and Charles Citron. Additionally, Larry has one remaining local relative, his sister in law, Margaret (Ticky) Hendricks. Larry was a very active member at his alma mater, Bucknell University. He was on Bucknell’s Board of Directors of the Alumni Association from 1990-1999, the Reunion Gift Chair for his 50th Reunion in 2002, an annual contributor to the Bison Club, and a long-time season ticket holder for Bucknell football. Lastly, Larry established the Lawrence S. Bloom Scholarship Fund at Bucknell, and it continues to be awarded to a selected Blair County resident attending Bucknell. Locally, Larry was a past President of Altoona Community Theater (ACT) and also started the drive to save the Mishler Theater, Past President of SCORE (Service Corp of Retired Executives) and one of the oldest members of Blairmont Country Club. For 19 years, Larry and Mary Ann spent the winter months on Anna Maria Island, FL. Larry loved sports. In addition to Bucknell sports, he was an avid follower of Penn State football, and the Pittsburgh professional teams – Pirates, Penguins, and Steelers. Lastly, Larry was a charter season ticket holder to the Altoona Curve, where he rarely missed a home game in Section 105. You could always count on Larry to have commentary after every game.
There will be visitation on Friday, October 22 from 10AM-12PM at The Stevens Mortuary, 1421 8th Ave., Altoona, Pa. 16602, followed by a Military burial at Alto Reste Park Cemetery.
In lieu of flowers, donations can be made to the Lawrence S. Bloom Scholarship Fund at Bucknell University, One Dent Drive, Lewisburg, Pa. 17837.
Condolences may be made at www.stevensfamilyfuneralhomes.com or Stevens Family Funeral Homes Facebook.